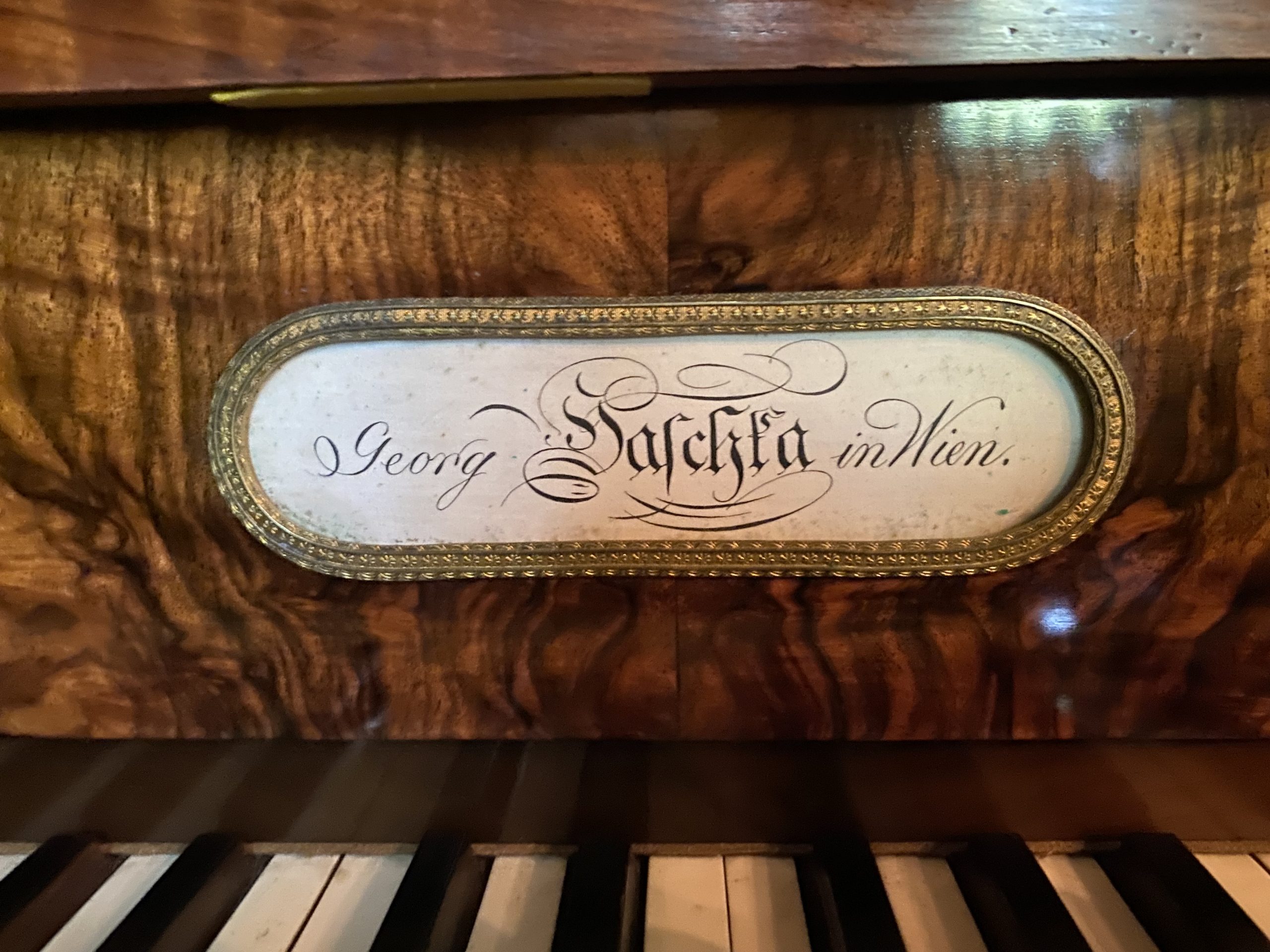 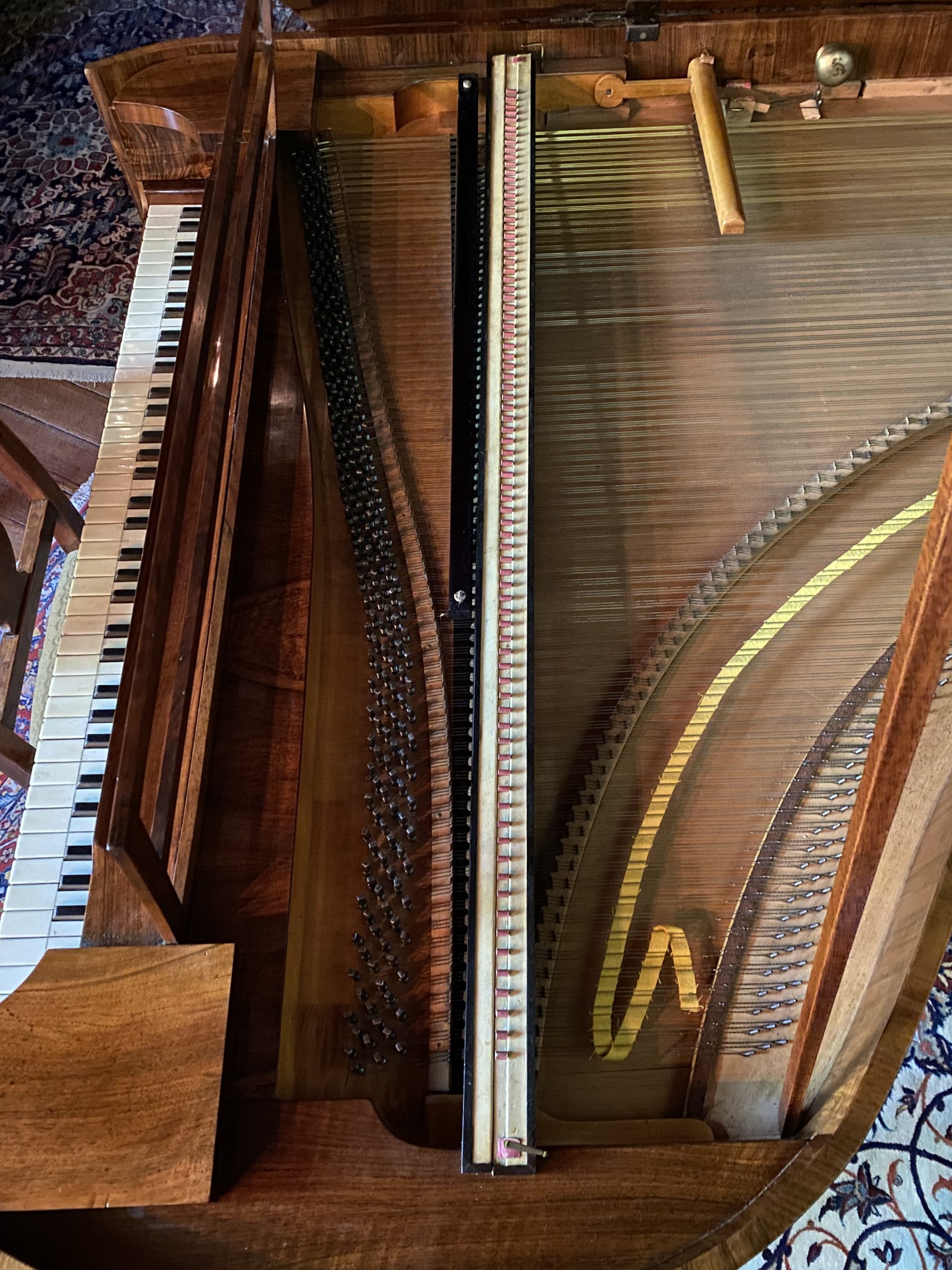 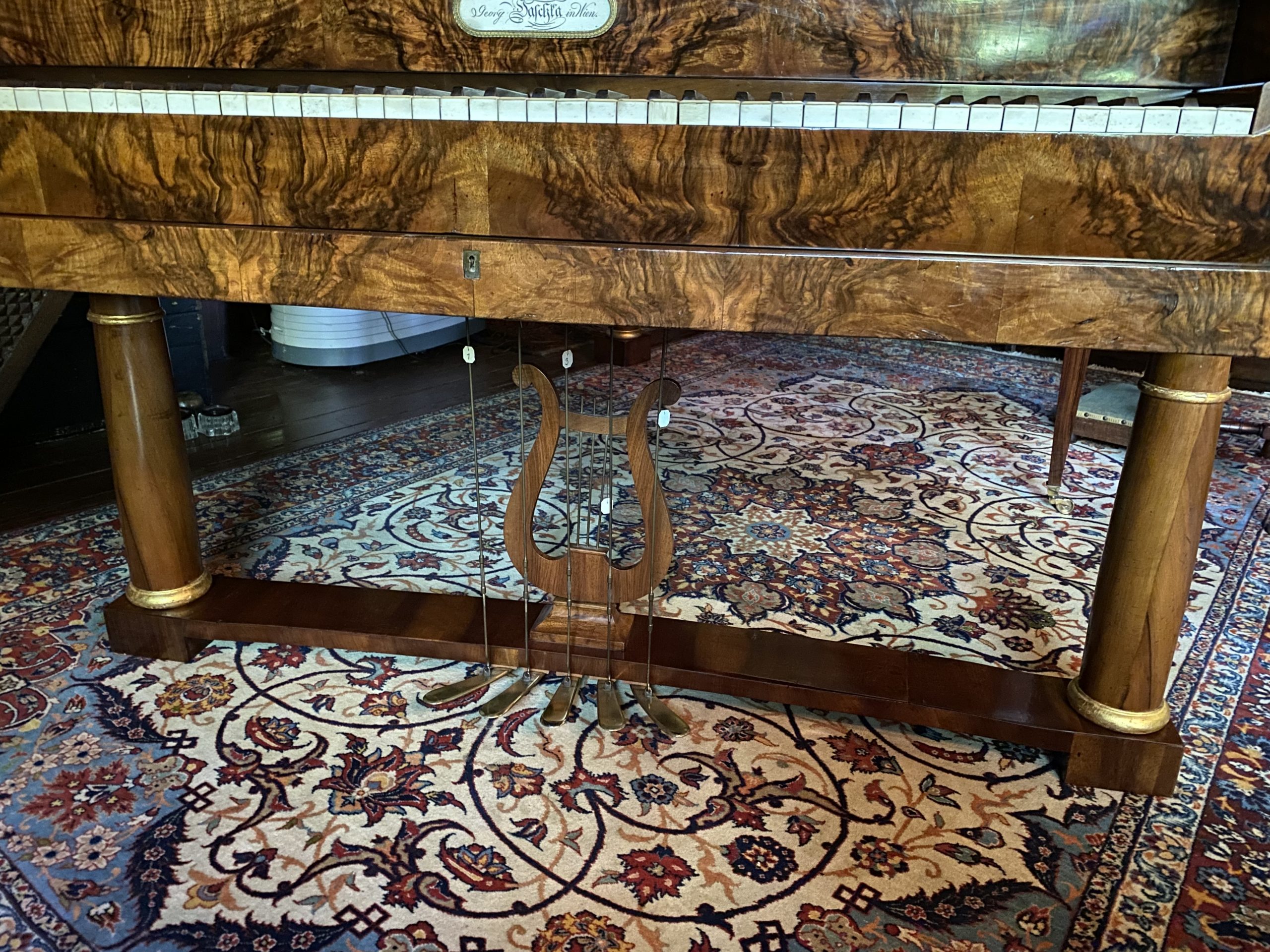 Context: Georg Haschka Jr. is the son of Georg Haschka sr. (1772-1828). The extra pedals for special effects were inspired Mozart and Beethoven. In Mozart's Rondo à la Turca and Beethoven's 'Turkish March', the drum pedal with bell contributed to the 'Oriental-Turkish' character of these compositions. The popularity of this type of music can be traced back to the deep impression made on Europe by the Ottoman siege of Vienna in 1683. The siege was carried out by the Ottoman armies of Sultan Mehmet IV, led by the Grand Vizier Kara Mustafa. The Ottoman armies, with their Janissary electoral corps, were accompanied by military bands with drums, cymbals, kettledrums and the bell tree, with bells and plumes of horsehair.